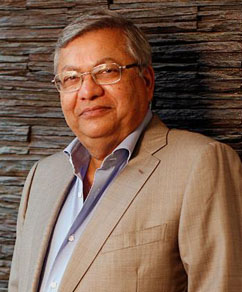 Referred to as India's Cola King by Forbes, Mr. Ravi Jaipuria, presides over $1.4 billion (revenue) drinks and foods group RJ Corp. His group company Varun Beverages, listed on the Indian stock markets, is the world's largest Pepsi bottler with plants across India, Sri Lanka, Nepal, Morocco, Zimbabwe, Mozambique and Zambia. Mr. Jaipuria is also the Promoter of Devyani International, the master franchisee for brands such as KFC, Pizza Hut, Costa Coffee and TWG Tea across India. His group company Creambell is one of the largest Ice-Cream and Dairy producers in India and Africa. Mr. Jaipuria also runs the Delhi Public School (DPS) in Gurgaon and Jaipur. He is a significant shareholder in Medanta Hospital and Lemon Tree Hotels. Mr. Jaipuria is ranked 76 on the Forbes List of 100 Richest Indians. 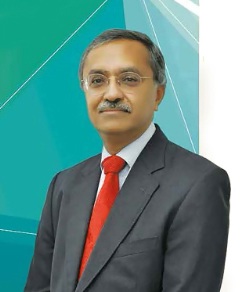 Mr. Ravi Jhunjhunwala is the Chairman of the INR 18,000 crores LNJ Bhilwara Group. His group companies include HEG Ltd which is amongst the world’s top graphite electrode producers and RSWM Ltd which is a leading textiles company. Mr. Jhunjhunwala also sits on the Board of Directors of India Glycols Ltd.
His leadership has enabled the LNJ Bhilwara group to establish presence in more than 75 countries across five continents today. Mr. Jhunjhunwala was recently ranked 99 on the Forbes List of 100 Richest Indians.

Dr. TS Kler is the Chairman Cardiac Sciences of Fortis Hospital, Gurgaon and Fortis Hospital, Vasant Kunj. For his outstanding contribution to healthcare in India, Dr. Kler was awarded the Padma Bhushan by the Government of India.

He is Life Fellow of the American College of Cardiology (FACC), Fellow Royal Colleges of Physicians United Kingdom (FRCP) and Life Member of Cardiological Society of India (CSI). Dr. Kler is a scientific advisor to various multinational companies like Boston Scientific, Medtronic etc. 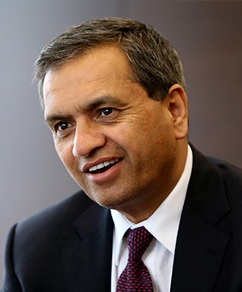 Mr. Micky Pant is the Vice-Chairman of Yum! China and a Senior Advisor to Goldman Sachs. Yum! China operates more than 8,000 KFC and Pizza Hut outlets in mainland China. He was responsible for the listing of the company on the New York Stock Exchange with a market capitalisation of US$ 15 billion.
After completing his graduation at the Indian Institute of Technology in Kanpur, India, Mr. Pant worked in the marketing department of Hindustan Lever. Subsequently, he was responsible for launching Reebok in India as its first employee. He later joined Yum! Brands as Global Chief Marketing Officer. Yum! has more than 37,000 restaurants worldwide in 110 countries.